Which is Correct, "Stormwater" or "Storm Water"?

According to the US Environmental Protection Agency, the correct term is one word: “stormwater”.

Stormwater is the run-off or pooling of rain, melting snow, or any precipitation types in between that cannot be absorbed quickly enough by the surface it falls on. Stormwater is usually caused by heavy rainfall or significant amounts of snow melting at once. Stormwater consists of the original water and any other elements, whether they are liquids or solids, that have dissolved into the water or are being carried by the water.

Common contaminants contained in stormwater include pesticides, chemicals, deicers, road salt, oil, grease, you get the picture about possible liquids that can be absorbed easily by running or pooling water. The contaminants can also be sediment that has been eroded by the hydraulic force of the moving water and has continued to be carried by the force of the flow.

Depending on the rate of rainfall/melt, the hydraulic force produced by the movement of water can also collect large objects into its stream of flow and continue to carry them along. A simple low volume flow example would be a tree branch that flows downhill into a stream. An extreme volume example is a flooded river with a car bobbing up and down in it as it goes on its merry way.

What is the Difference between Rain Water and Stormwater?

Stormwater is the excess water that was not absorbed into the soil or existing bodies of water and by virtue of gravity is on the move or is accumulating and pooling in places it normally doesn’t. Rainfall is one of the events that creates and causes stormwater, if it occurs in sufficient amounts to outpace local absorption capabilities. Simply put, rainwater causes stormwater, but not all rainwater becomes stormwater. Stormwater can also be formed by rapidly melting snow, but not all melted snow becomes stormwater.

What Does Stormwater Consist of?

Simply put, it consists of anything it took with it as it moved. The options are endless. Think about the stormwater from a flooded parking lot as an example. The stormwater running off or pooling up in the parking lot is likely to contain all sorts of lovely things like oil, grease, anti-freeze, wads of gum, and mushy paper napkins. 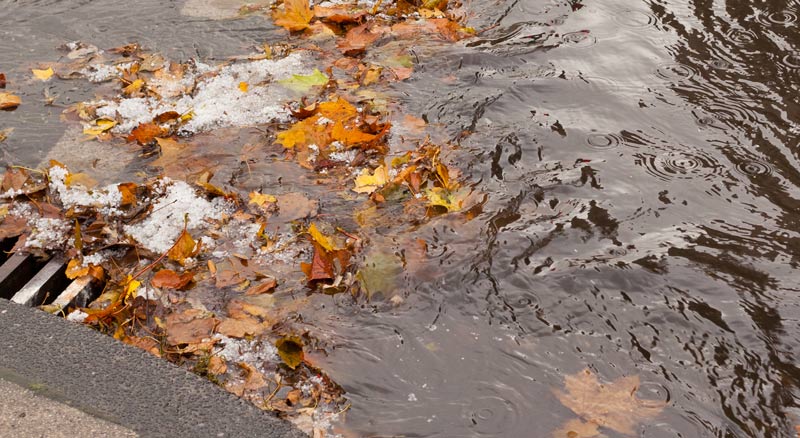 How Fast Does Stormwater Occur?

The accumulation of storm water depends on many factors like the rate of rain or snow melt, the pitch of the slope in the immediate area, and the type of surface that it falls on. It is pretty logical. The steeper the ground, the faster gravity can move the water. It also makes sense that the surface properties are a large determining factor. If I dump 500 gallons of water all at once on a concrete slope, it has zero chance of being absorbed and decreased in volume by any absorption by the surface under it.

If I dump the same amount on a soil with a high degree of permeability and a large amount of vegetation, it is obvious that by the time the water reaches the bottom of the slope, it will have decreased somewhat whereas the concrete slope will experience no decrease at all. The stormwater on the hillside with vegetation also will have moved with much less speed and force.

It is then not a surprise that stormwater is a more prevalent concern in largely populated areas where the earth’s surface is covered predominantly by concrete or building roofs. More rural areas with lots of exposed ground offer much more opportunity for the water to find it’s way quickly into the ground and back into the water table. Stormwater can still be an element of concern in rural areas where there are low lying areas or areas along riverbeds and lakes prone to flooding. 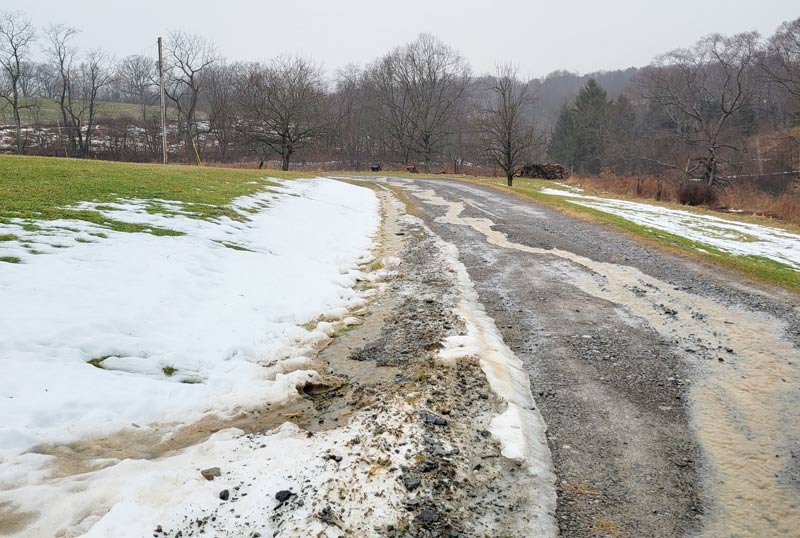 What Problems Can Stormwater Cause?

Can Stormwater Be Processed in the Same System as Wastewater?

In other times and places, sure, it was done. London in Victorian times would be a good example. It all just flowed down the streets mixed together and ended up in the river without treatment. However, in modern times in the US? Nope, it really shouldn’t be and isn’t happening.

There is too much risk in the unpredictable nature of the amount of stormwater that can happen at any given time to allow for safe and consistent processing of wastewater if both were handled and controlled by one combined system. Does stormwater sometimes cause wastewater to be prematurely released back into the watershed? Yes, unfortunately that does happen. 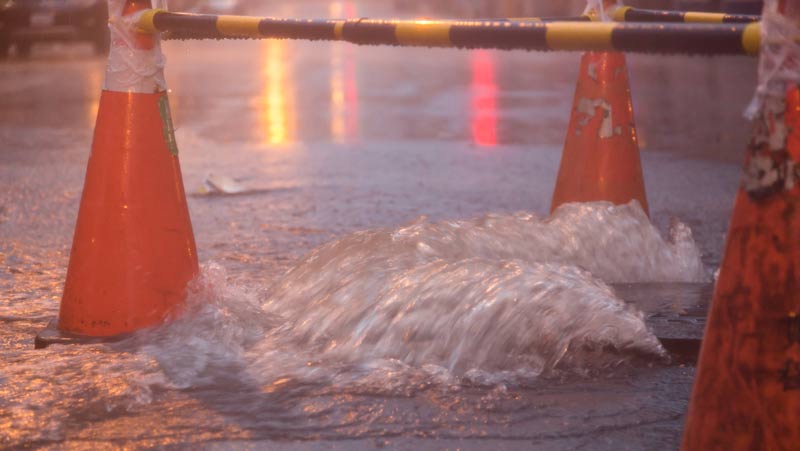 How is Stormwater Managed?

The field of stormwater management seeks to monitor, measure, divert, and control the flow of stormwater. As mentioned, it is a critical element of infrastructure in highly populated areas to minimize inconveniences and disasters. When designing and laying out cities, it is important to consider how much ground with the ability to absorb water could be lost to development and to mitigate that. Typically, the traditional manner of thinking was to focus solely of moving the water efficiently and safely to where it could be deposited in a distant water source. It was viewed only from the angle that it is a problem to fix.

With increased environmental awareness and an impetus to steward our water resources, there is new thinking when it comes to stormwater handling. Stormwater, if the danger and damage is removed, can now be viewed as an asset to be utilized. Green infrastructure planning tactics seek to use the stormwater for benefit in the immediate area it is generated in by increasing the amount of open ground that can absorb it and by incorporating supporting plant life that can reduce air pollution. Simply put, it is good to have more parks and open spaces created that can support plant life that can use up the stormwater. The plant life then offers even more increased benefit back to us by reducing air pollution.

Diligence in managing stormwater is law and is overseen by governing bodies as it is in everyone’s best interest to protect the population and the environment. The Clean Water Act and the National Pollutant Discharge Elimination System (NPEDES) limits the amounts of discharge into US water sources. 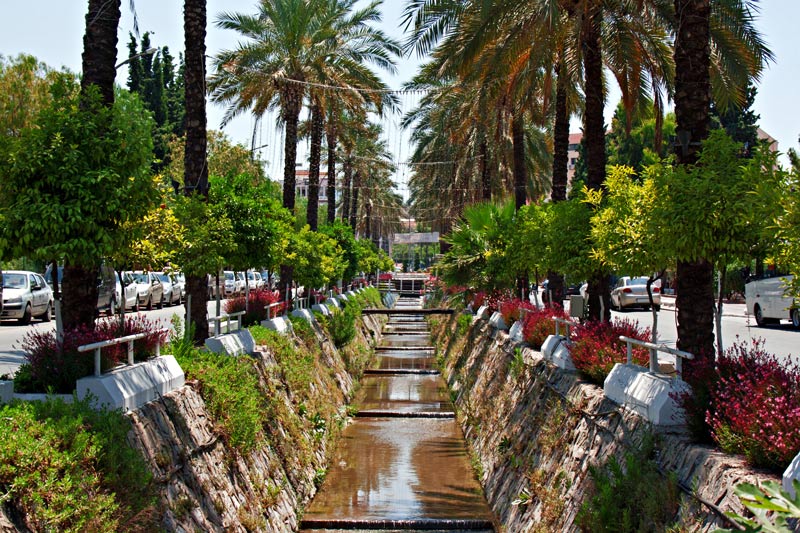 What is a Weir for Stormwater?

The stormwater is usually measured in a weir or a flume. A weir can come in many shapes and sizes, but it functions as a brief holding tank that retains a certain level of water flowing through it at any given time. Because the volume of the weir can be calculated and it is a variable that remains fixed, a level sensor can detect the top of the water line. This can then be processed with microelectronics into a flow measurement.

This sort of measurement could also be achieved by hash marks on the side of the weir, but that would require in-person confirmation. Stormwater ultrasonic level sensors, like our NUS series, are equipped with electronic means of communication and can convey level and flow information continuously without a person on scene.

What is a Flume for Stormwater? 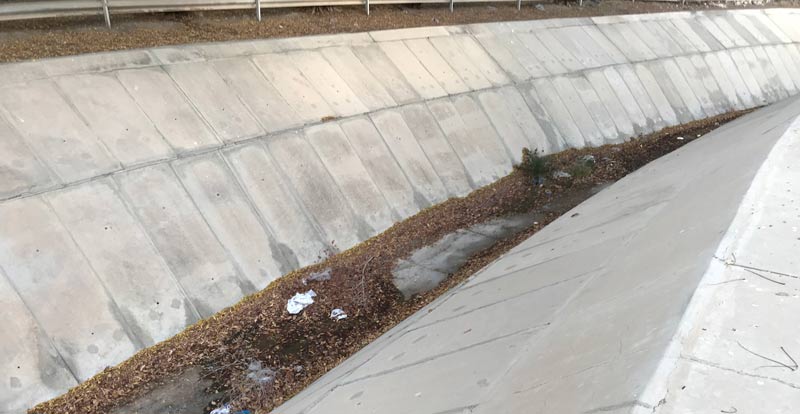 Our ultrasonic stormwater level sensors, the NUS-series, offer a superior solution. Specific programming options for stormwater weirs and flumes are pre-programmed, removing the guesswork out of correct configuration and measurement. The following weir and flume types are already preprogrammed in the NUS Series.

When installing this sort of stormwater level sensor, keep the following installation recommendations in mind.

KOBOLD supports their products with the best personal service. If you have any questions about purchasing or installing a NUS-Series ultrasonic stormwater level sensor, please do not hesitate to consult our expert engineering staff in Pittsburgh for help at 412-788-2830.

Learn more about why you should partner with KOBOLD for your application. 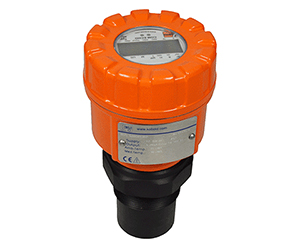 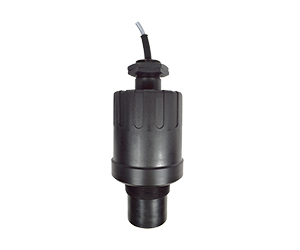 KOBOLD USA is a subsidiary of KOBOLD Messring GmbH, a world-leading instrumentation engineering business founded in Germany in 1980 by Klaus J. Kobold. With patented technology and superior service, the company quickly established itself as one of the global leaders in sensor and control systems with high quality products. The KOBOLD brand name became synonymous with superior quality and technological advancement in instrumentation engineering.

We are instrumentation experts and would be happy to help you in any way we can with your technical questions. Our engineers offer decades of experience and expertise.