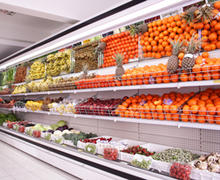 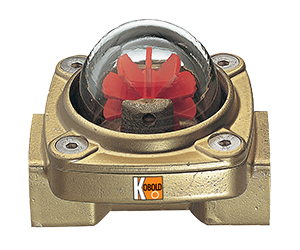 The idea of preserving food goes back as far as the ancient Roman and Chinese Empires. Before the advent of chemical refrigeration, food was held and shipped in ice, leading to a great deal of food waste. Various prototypes of refrigerators were built between 1755 and 1880. Many well known inventors, including Benjamin Franklin attempted prototypes. Michael Faraday was another. He then went on to found the principle of electromagnetic induction used in some of the magmeters we manufacture.

Our modern day food network is complex and supported by various methods of reliable refrigeration. Many fresh foods are picked weeks before they are actually ripened, held in a state of preservation during transit and storage, and then treated with gases like ethylene that cause them to "ripen" at the opportune time. Common refrigerants are: ammonia, sulfur dioxide, and hydrocarbons like propane. Our customer needed a flow indicator for nitrogen in their grocery market displays. Our DKF provided the perfect solution.